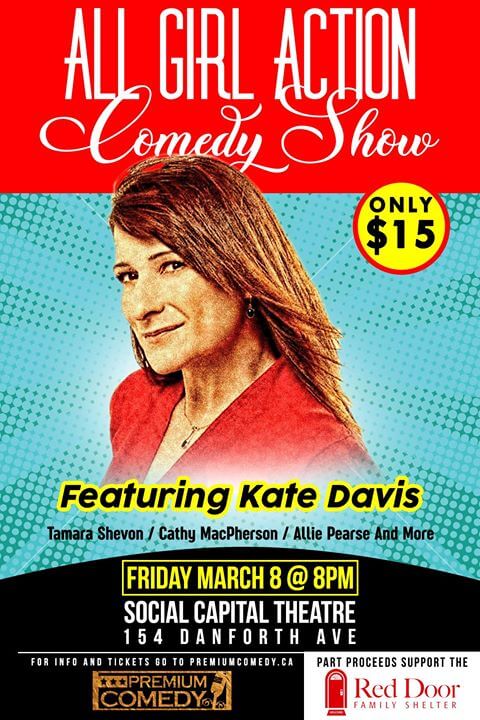 In honor of INTERNATIONAL WOMEN’S DAY, PREMIUM COMEDY presents a hilarious line up of female comedians.
Feature Act is the amazing KATE DAVIS.
Kate’s comedy career started as a need to get out of her house. So one night after putting the kids to sleep she ventured into a local comedy club and never looked back!
Now, a twelve-time nominee at the Canadian Comedy Awards for Best Female Standup and the prestigious Phil Hartman Award. Kate is also the star of her own hour-long comedy special on CTV and the Comedy Network, “Comedy Now.” Kate Headlines across the country and has performed at the Winnipeg Comedy Festival, The Hubcap Comedy Festival, The Kitchener-Waterloo Comedy Festival and LOL

Part proceeds of the event go to support the RED DOOR SHELTER. Red Door Shelter has been assisting families, refugees and women who are fleeing violence since 1982.