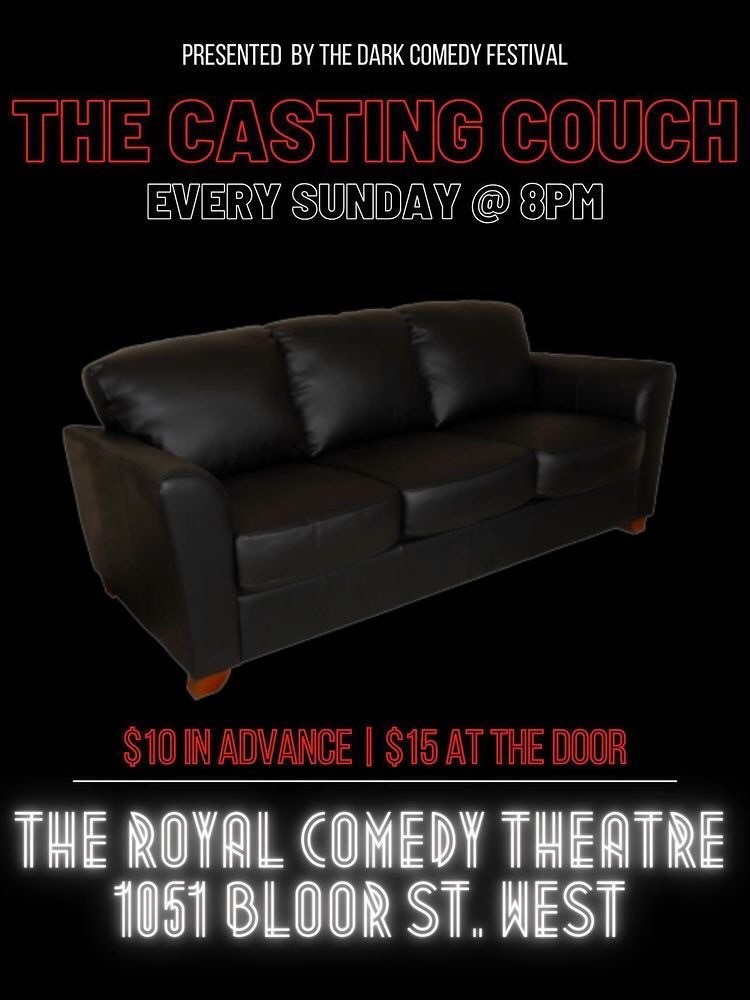 Castling Couch Sundays is a Judge Panel Comedy Show where armature and semi–pro comedians perform their best routine in front of a judging panel. If they make it through they can get a spot on one of our other weekday or weekend shows.

The show is hosted by lead judge Rob Mailloux.

Rob is both adopted and divorced, just generally unwanted. He was arrested at the G20 and asked to open for rock group System of a Down before he was asked not to.

He’s appeared on popular podcasts like Doug Loves Movies, The Todd Glass Show, Legion of Skanks, and Bertcast. Toured across Canada with Doug Stanhope and hosted at Just For Laughs for WWE legend Mick Foley. In 2012 he was selected amongst thousands by Dailymotion.com to perform at the Montreux Switzerland comedy festival, where he bombed.