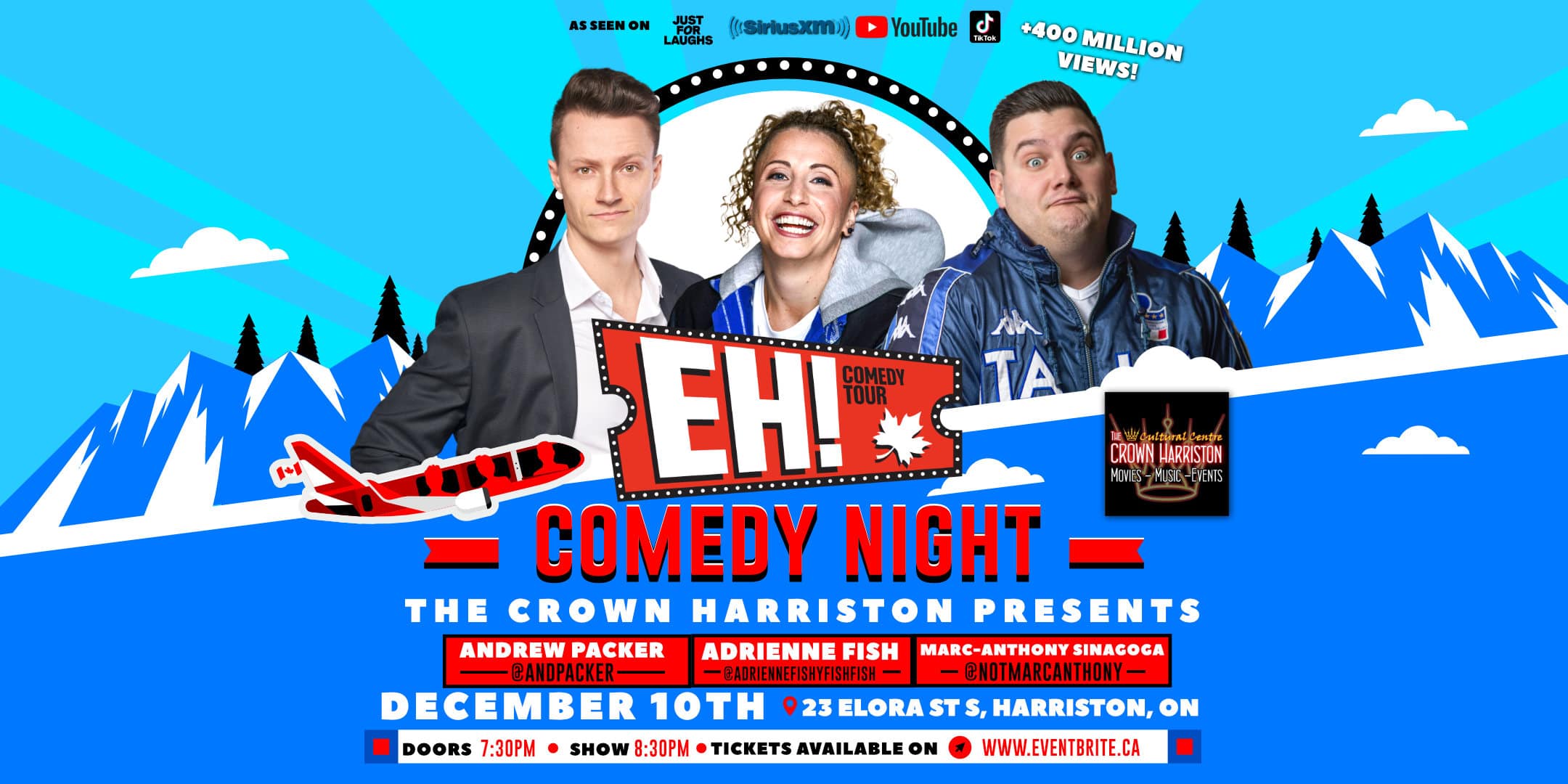 This tour features three of our country’s fastest rising comedians. Our comedians have developed their name as touring headlining stand up comedians and created numerous viral videos on TikTok, Instagram & Youtube.

Andrew Packer (@andpacker) has gained over 2M followers on TikTok, known for his news satire “MAN NEWS”. Marc-Anthony Sinagoga (@notmarcanthony) is also well known for many viral videos on instagram playing his ‘Nonno’ and many other hilarious characters. And Adrienne Fish has been featured on Just For Laughs, Winnipeg Comedy Festival and more!

Come see them live in Harriston for one night only!

*please arrive no later than 8:00pm to be sat before the show starts