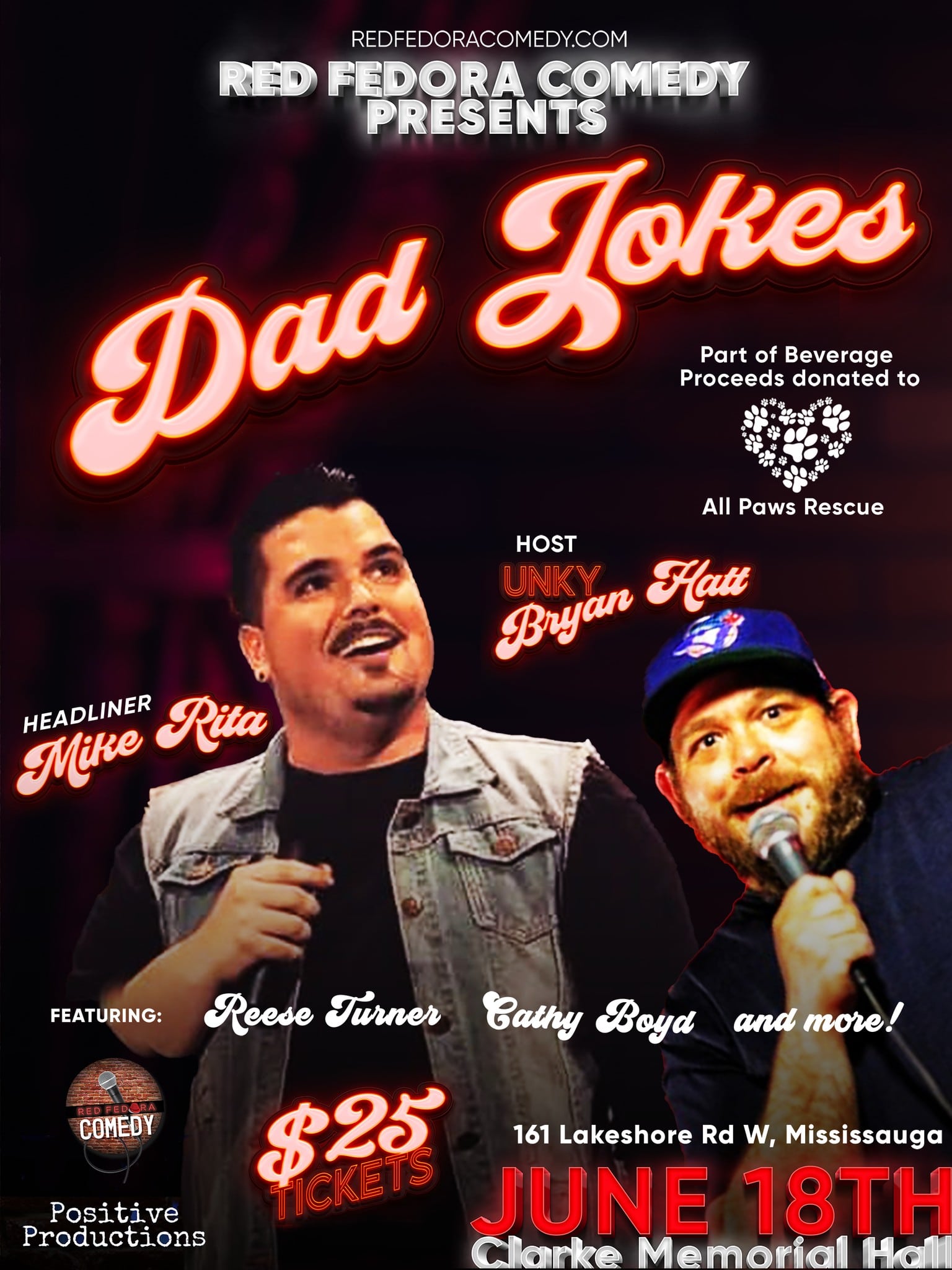 After the long pandemic haul, Red Fedora Comedy is back and ready to make a splash. Who doesn’t love a good dad joke?

This Father’s Day, audiences are invited to join five hilarious Canadian comedians for Dad Jokes: A Father’s Day Comedy Show on June 18th at the Clarke Memorial Hall, in collaboration with All Pets Rescue Services, co-produced by Positive Productions.

Hosted by Bryan Hatt, Dad Jokes: A Father’s Day Comedy Show will feature Reese Turner, Cathy Boyd, a special dad and Mike Rita as they share stories about family life, being a dad, being married to a dad, dad life during the pandemic, and everything in between.