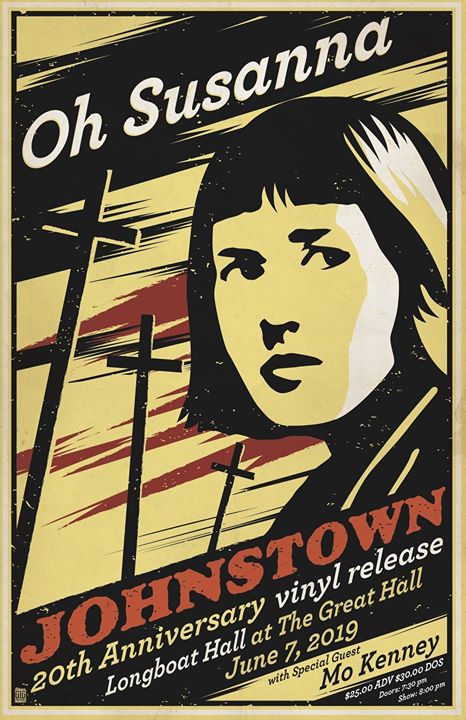 Oh Susanna at Longboat Hall at The Great Hall

Tickets on sale Friday, April 26th at 10am.
https://www.ticketfly.com/purchase/event/1850269
Also available at Rotate This and Soundscapes.

Johnstown was produced and recorded by Grammy Award winner Peter J. Moore (Cowboy Junkies, The Band, The Clash) at his studio on Beaconsfield Street in Toronto. The vinyl re-issue of Johnstown is remastered by Moore from the original recorded tracks and includes a limited-edition poster of Johnstown’s illustrated lyrics by the comic artist Hank Pine. Also included is a digital download of A Shot of Oh Susanna, a five-song cassette recorded in 1998 which was previously only available at live shows. These acoustic versions of songs later received full production on Johnstown.

This first pressing of Johnstown will be limited to 500 hand-numbered copies and will only be available through independent retailers for Record Store Day. The digitally remastered album will be available to stream on all platforms on June 14.