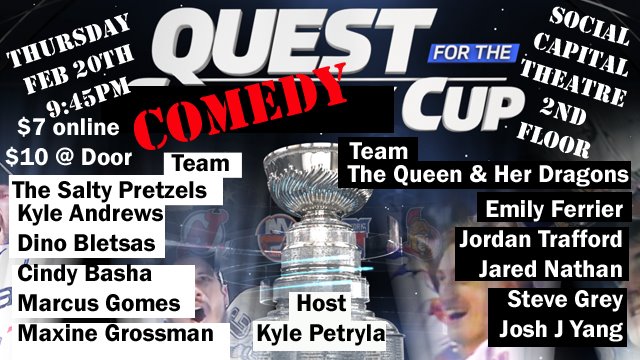 Quest For The (comedy) Cup

What if Stand Up Comedy was a Team Sport?

Well, we are going to find out on Feb 20th. Two teams of comics are facing off head to head to win points for their team and take home the Comedy Cup.

Each comic will face off against a comic from the other team and the best comic gets a point for their team. As voted on by the audience.

We will be keeping score along the way to see which team will take home the $50 cash prize and the Comedy Cup!